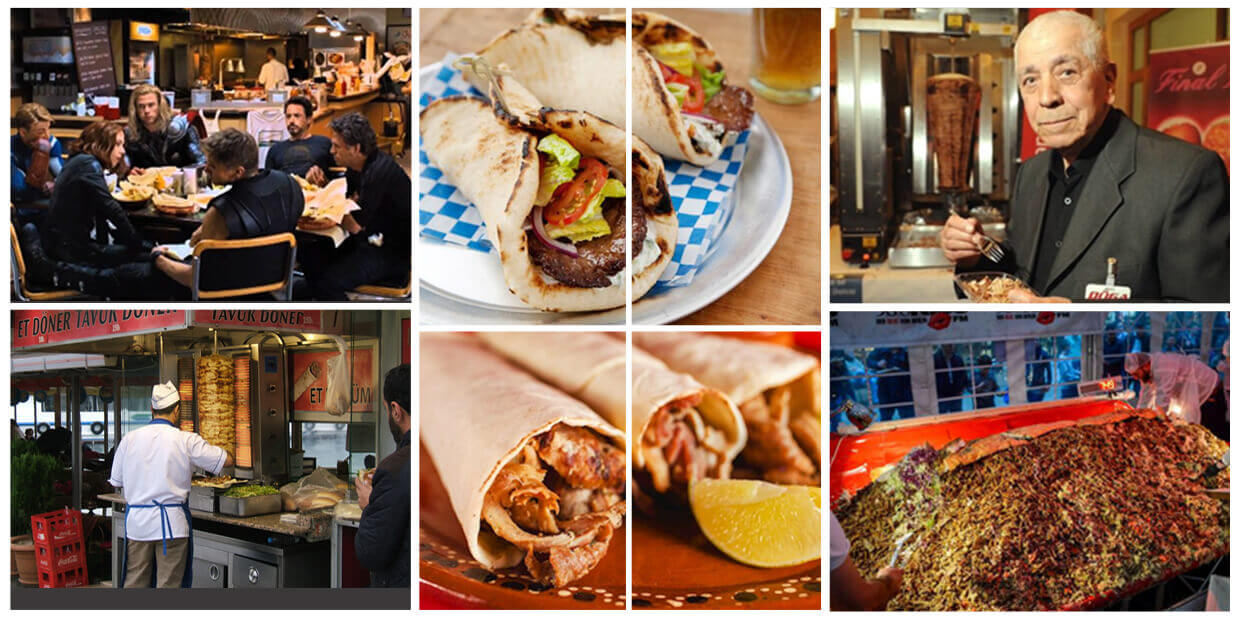 The Shawarma Evolution: One of our Favorite Middle Eastern Food

There’s no denying it, the Shawarma is one of our favorite Middle Eastern dish. Before it became a globally loved food item, the Shawarma scene was different, 5 decades ago. With the growing popularity of the Middle Eastern cuisine, the Shawarma made its mark and captured a global audience. So much so that this tasty dish can now be found even in the modest corners of small cities to Michelin star restaurants in top-tier towns!

Do you remember the post-credit scene from the movie - The Avengers? After watching the entire crew munching on Shawarma, we can safely say that this appetizing dish has entered the pop culture. 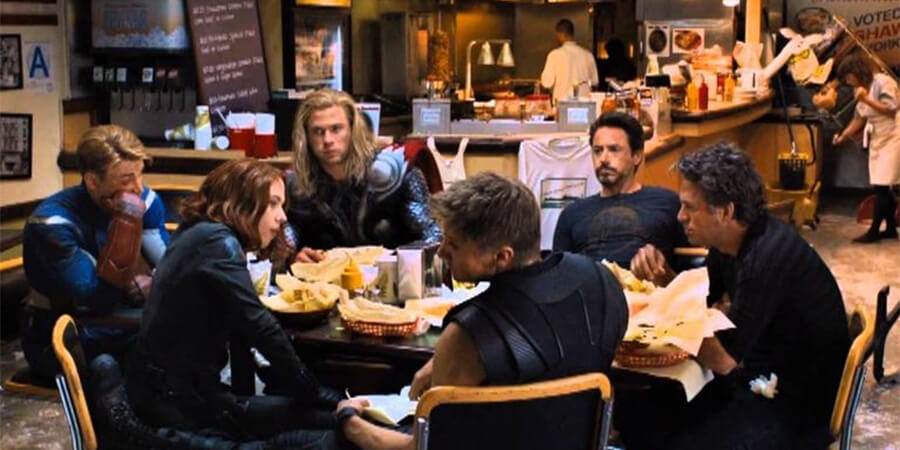 Let’s have a look at the origins and the evolution of our beloved Shawarma. 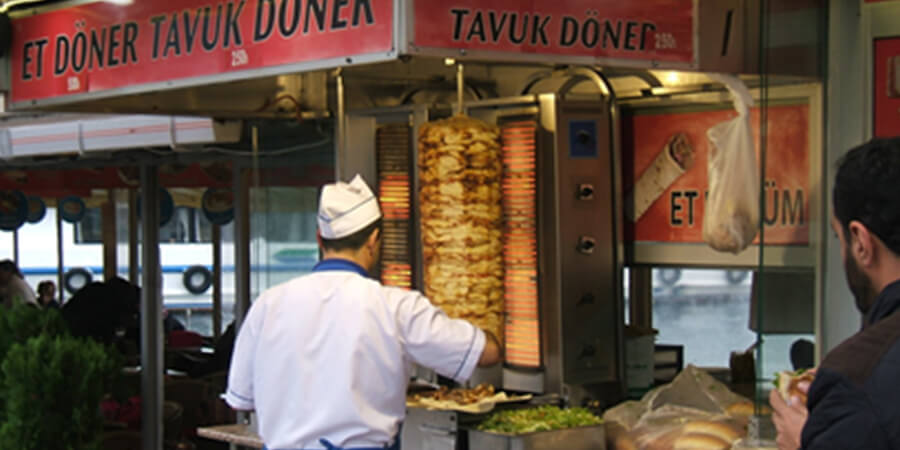 It’s hard to find a documented history about the origins of Shawarma. But from what we know, the Nomadic people from the Ottoman Empire use to prepare Kebabs using their swords. This method was widely adopted for cooking kebabs until Iskender Effendi, a renowned Turkish chef, created the Doner Kebab, which is one of the many versions of the Turkish kebab. Shawarma came from the Arab-Middle East regions and, one can say that it was derived from Doner kebab.

Around the year 1860s, in Bursa, the chief vertically grilled a lamb using a skewer and cut thin slices from it. As the Ottoman empire conquered different regions in the Middle East, this technique became widespread and evolved into our favorite Middle Eastern dish that we all love to relish today.

Making It to Western Europe

The Shawarma made it to the Western European countries in the 1920s when Turkish immigrants migrated to the Netherlands, Greece, and Germany. Businesses soon realized the potential that Shawarma could offer to the market and started opening tiny eateries. Soon, the concept became a huge hit among the Greeks, who later added their own spin to it and called it Gyro.

The Invention of Gyros 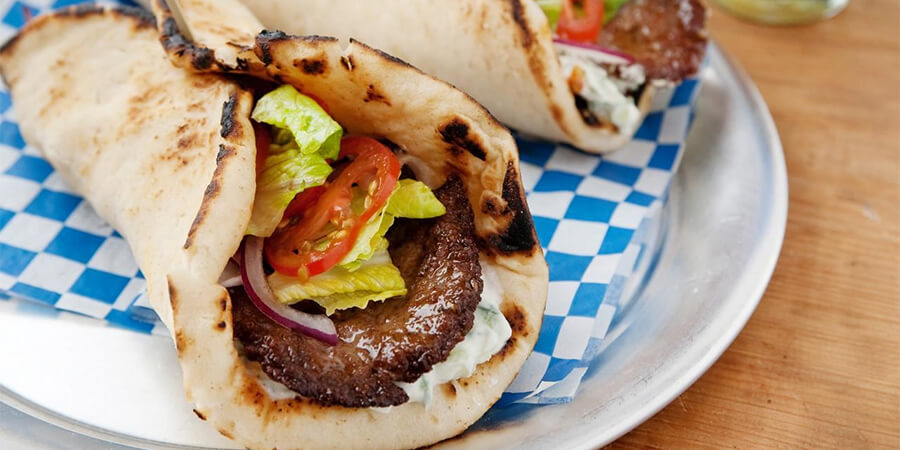 Gyro soon became a famous feature on the dining scene of Greece, thanks to Arab immigrants. Eventually, it ended up becoming a food staple. Lamb or beef was served with fried potatoes, raw onions, Greek yogurt, cayenne pepper, and parsley, all wrapped together in pita bread.

Making its way to the different parts of the World

After World War 2, there was a huge demand for labor force in West Germany. Among the many immigrants from Lebanon that moved there, Kadir Nurman was the Shawarma hero who introduced the country to this delectable treat. 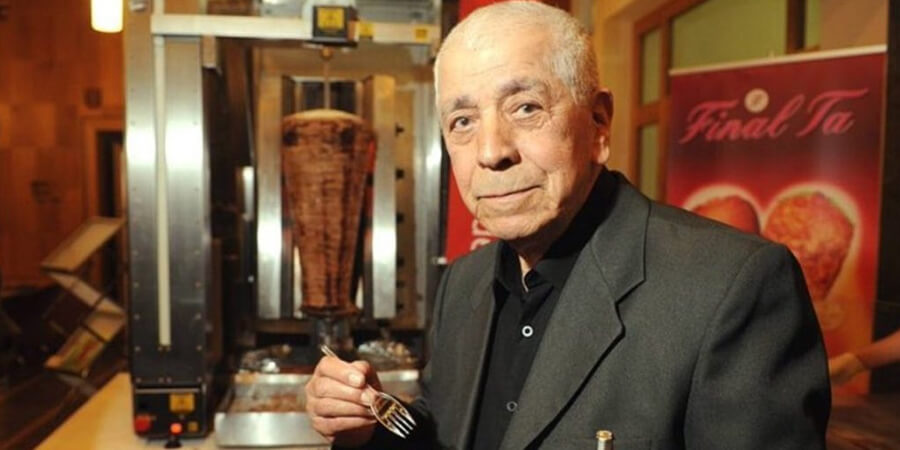 It was the go-to lunch for many workers and, the Shawarma was a huge hit. Mr. Nurman rose to fame, with many labeling him as the inventor of the Doner kebab. By the time he died, the Shawarma scene was completely established in Germany with almost 16,000 outlets and annual sales of €2.5 billion. 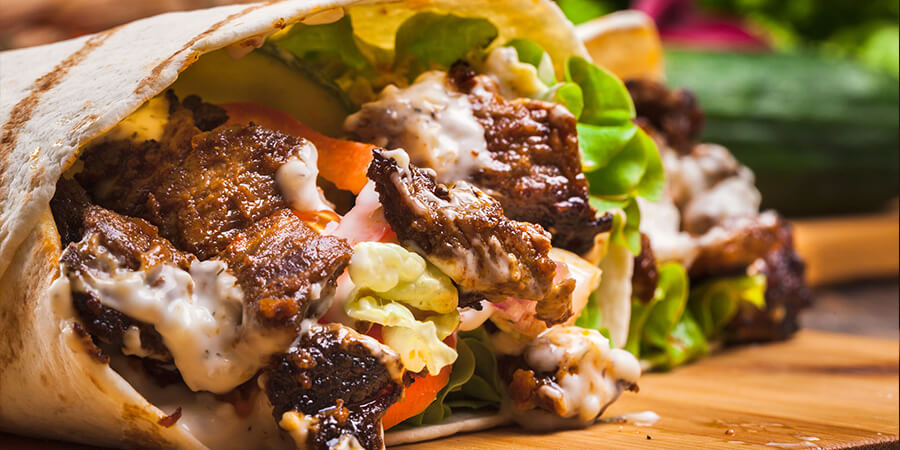 In the early 20th century, a wave of Turkish, Iraqi, and Lebanese immigrants moved to various parts of Mexico and popularized Shawarmas by opening many restaurants. Soon, Mexicans started calling Shawarmas - Tacos Arabes. It evolved to their version of what’s called - Tacos Al Pastor. It is quite similar to the Shawarma, but instead of the pita bread, it comes served in tortillas.

Around 1970, Gyro became a popular street food in New York and Chicago, thanks to Greek immigrants that moved to the States.

In 2003, the Middle Eastern delicacy wave hit India, and Shawarma was first introduced in Hyderabad by a restaurant named - Feel in Saudi. Today, it is available in almost every state of India and has captured the taste buds of our country’s people. 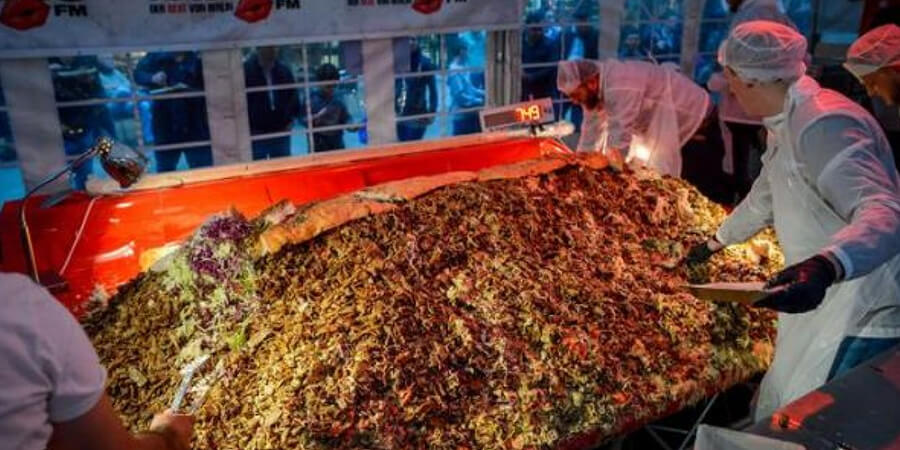 In 2017, a restaurant in Berlin broke the world record of the largest Shawarma slab. It weighed a whopping 423.5 kgs and weighs as much as a classical grand piano!

We hope this article has provided you with some interesting information on Shawarma. If you are feeling hungry after reading this and want to order some authentic Middle Eastern Shawarmas, then give Toum a try. Housing some of the most authentic delicacies, at Toum, you will experience a unique burst of flavors that you will surely fall in love with!