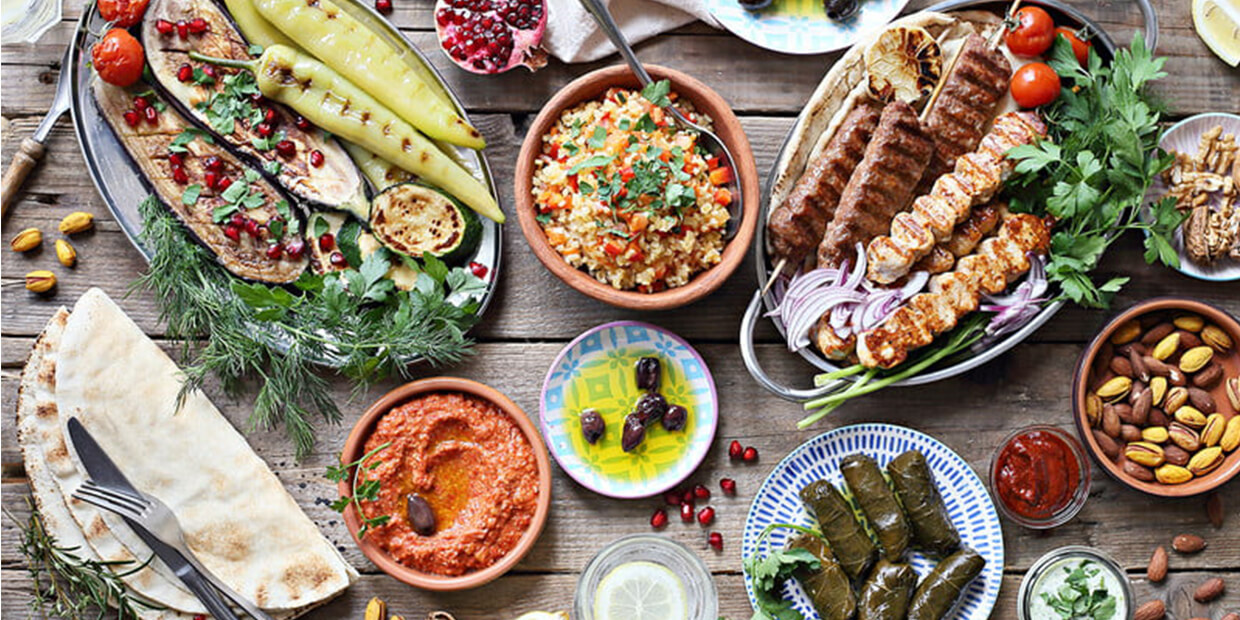 Popularly known as the ‘Cradle of Civilization’ and known for its rich culinary history, Lebanese food is one of the most relished Middle Eastern cuisines in the world. With Lebanon situated in the middle of the west and the east, Lebanese cuisine is diverse and engraved its mark in history with both western and, eastern influences evident in the culture and cuisine.

Let us proceed ahead by briefly going over the history and evolution of Lebanese cuisine.

The Evolution of Lebanese Cuisine

For the major part of history, Lebanon was ruled by various foreign powers. This has directly influenced the Lebanese cuisine and the dishes we have come to enjoy today. In the 16th century, the Ottoman Turks had immense control over Lebanon and different types of food were introduced that have now become a Lebanese staple diet, including lamb dishes, Baklava, and pickled vegetables.

After the Ottoman rule was subdued after World War 1, France occupied Lebanon in 1920. During this period, the French brought an array of their most popular eaten foods, particularly different types of pastries and cheese. In 1943, Lebanon ended up winning its independence, and the culinary cultures blended into what we know today as Lebanese cuisine.

With the culmination of different influences, the genius of Lebanese food is its freshness and simplicity. It has the exotic aromas of Middle Eastern spices accompanied with the finesse and sophistication of European cuisine.

As of today, Lebanese cuisine is the epitome of the Middle Eastern and Mediterranean diet. It consists of a variety of fresh vegetables, fruits, starches, lean meat, and pulses. The dishes commonly include a generous amount of olive oil, lemon, parsley, mint, and garlic. This cuisine has earthy flavors and focuses mainly on spices, herbs, and the freshness of ingredients.

In Lebanon, the food is commonly eaten by ordering different types of hot and cold mezze, with some salad and tender grilled meat. What is mezze you might ask? More about that ahead!

Creating an Experience of Sharing & Oneness 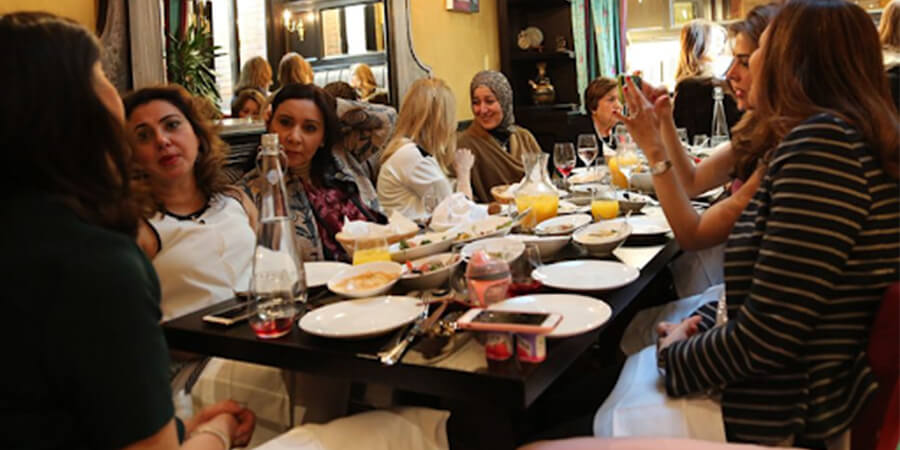 The most fundamental value of Lebanese culture is the closeness of family and friends. Kindness, generosity, and sharing are the pillars of this rich culture, bringing old friends, families, and loved ones together. Lebanese people are all about the celebration of life and they do so by sharing meals together.

In Lebanon, eating is by consensus. If you walk into a restaurant, You will always find chefs busily preparing dozens of dishes for dozens of guests at the same time. You will also never find a person eating in a group saying "I’ll have this particular dish". In fact, the group usually will order an array of dishes that are shared by all the guests at the table. And, this is where mezze comes in. 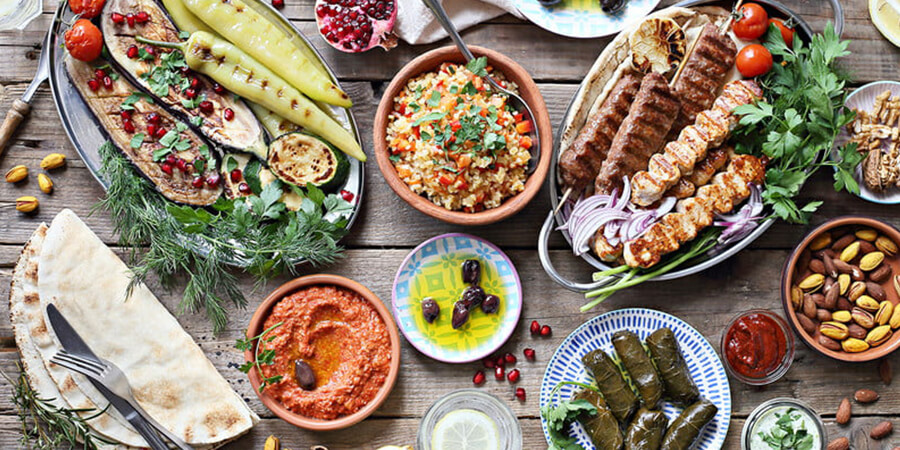 Mezze is a variety of dishes that creates an array of flavors, aromas, textures, and colors. There can be many delectable dishes on your table that can represent an appetizer or a full meal by itself.

Even if main dishes are ordered along with mezze, they are always shared with family, loved ones, and friends. The true Lebanese food experience is sharing the joy of life by sharing food.

Mezze usually can be something as simple as moutabel (Roasted eggplant dip blended with tahini, olive oil, garlic topped with pomegranate seeds), pickled vegetables, labneh (Strained yogurt mixed with garlic, herbs, spices, and generous dressing of olive oil), hummus, muhammara (Hearty walnut and roasted red pepper dip) or it can be an entire meal that consists of grilled or skewered meats.

Lebanese cuisine signifies the celebration of life. It is incredibly diverse, fresh and vibrant, and is unlike any other cuisine in the world. At Toum, we pay homage to Lebanese dishes by combining authentic recipes with traditional ingredients to create a unique blend of flavors. Most of the dishes mentioned in this blog are available on our Menu and will help you kick-start a new eating habit. We look forward to welcoming and serving you!