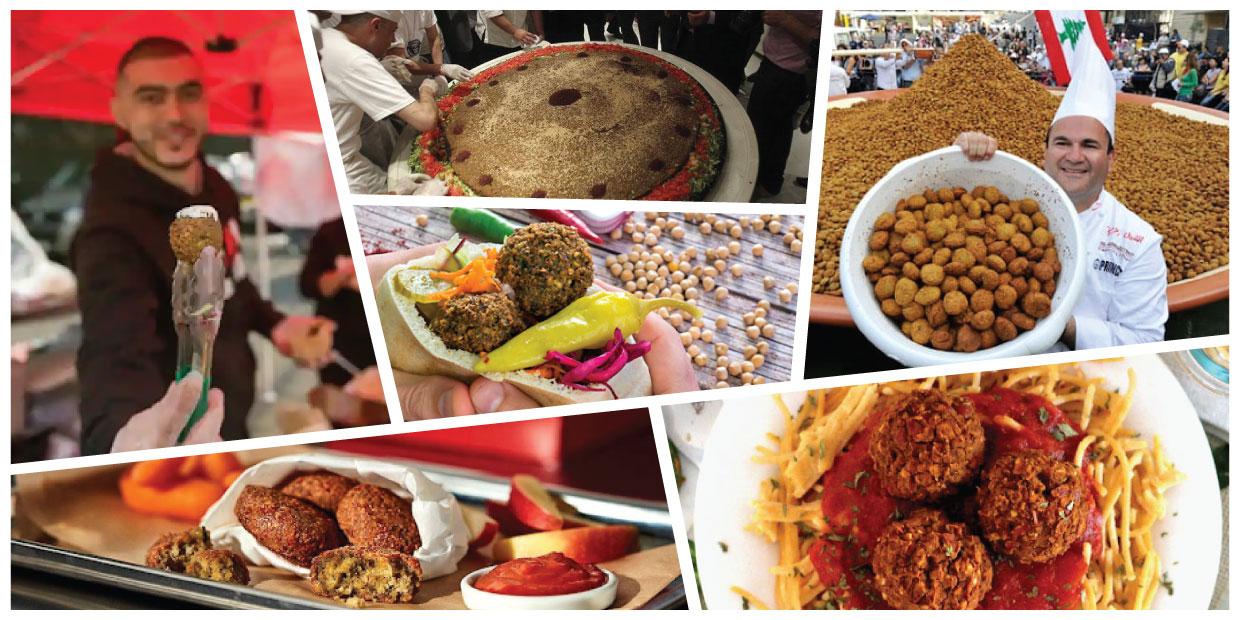 When you think of Middle Eastern dishes and delicious street foods, Falafel is without a doubt the most renowned Middle Eastern food, and people across all borders love it.

So, what goes into making the dish loved by all? It is prepared by soaking chickpeas overnight and then grinding them down. Authentic Middle Eastern spices, garlic, parsley and coriander are added to this mixture, rolled into patties or small balls, and then deep fried. They are commonly served with tahini dip, pita bread and pickled vegetables. It can be eaten as Mezze (an appetizer) or can be wrapped in warm pita bread along with pickled vegetables, toum and fries.

Falafels are simple, tasty and affordable - no wonder they are the most popular street food around the world. However, when it comes to the origins of Falafel, these savory bites are not immune to the pitfalls of history. Due to its global popularity, many Middle Eastern regions want a bite of its fame and many claim to be its inventors. 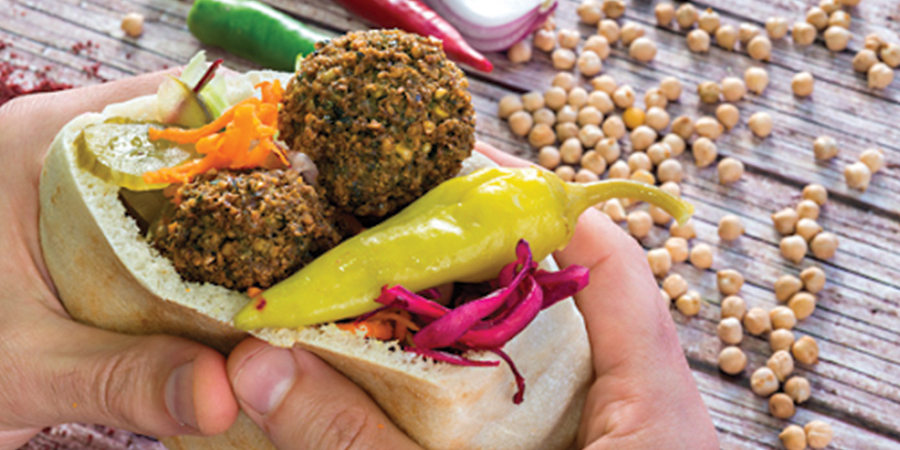 Since every Middle Eastern region has its own unique culture, own tastes and different agricultural practices, it can be a bit difficult to determine which region this appetizing street food has come from.

Some say the word Falafel could come from the Arabic word falāfil, a plural of the word filfil, meaning “long pepper.” Others suggest that the name comes from the Egyptian word “ful”, meaning fava beans, as it is believed that the first Falafels were made using fava beans.

This dish could have its origins in Egypt, and could have possible influences from Indian dishes. According to legends, the fava bean version of the Falafel was first eaten by an indigenous tribe in Egypt known as Copts in the early 4th century.

Since Alexandria is a port city in Egypt, it could be possible that the dish was exported to different regions in the Middle East. Falafels eventually migrated to Levant, where fava beans were replaced by chickpeas.

Another theory suggests that its invention took place in India, around the 19th century. It was around this time that the dish started appearing in many Egyptian literature books, right after the British occupation in 1882. Based on this theory, when British officers were in India, they enjoyed fried vegetable patties. So, when they came to Egypt, they asked the cooks to serve a version of it with local ingredients.

Making its Way to Different Parts of the World 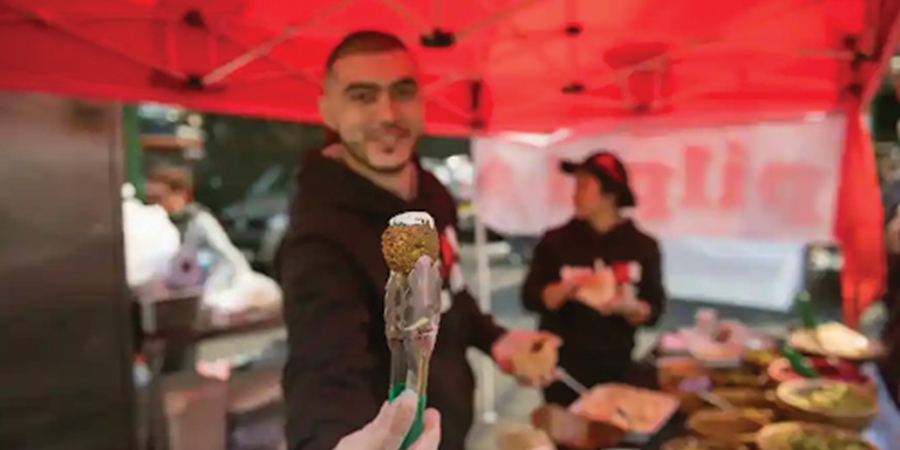 Around the 1950s, Yemeni Jews in the Middle East made Falafel popular as they started serving them with pita bread. Since the recipe was easy to prepare, Falafel quickly became a common street food in Israel and other regions of the Middle East.

By the 1960s, a wave of immigration reached distant shores, and Falafel made its way to European countries like Germany. Many Turkish food stalls made the dish available to Germans.

In the 1970s, Falafel made its way to the US and slowly to other parts of the world. Now it's an integral part of street foods across the globe, and it’s hard to think of a time when it was anything other. 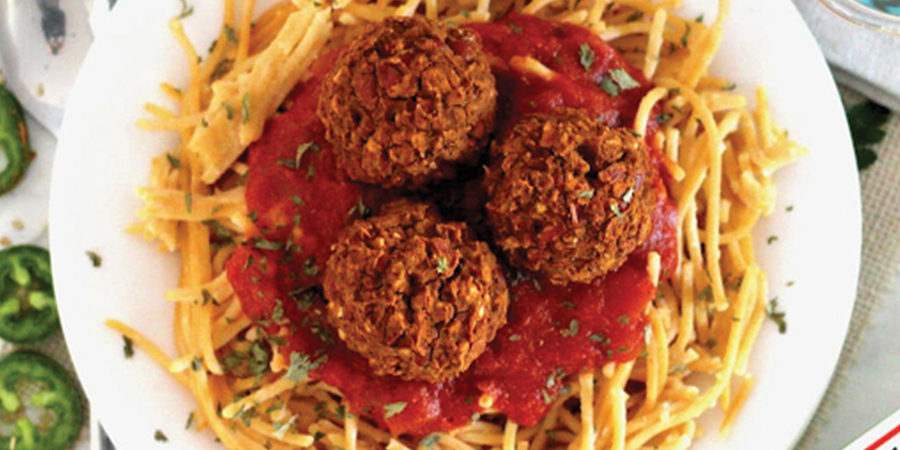 As a delicious alternative to meat-based street foods, Falafel has become increasingly popular among vegans and vegetarians. It is packed with protein, fibers, and nutrients like iron, potassium, zinc, and calcium. Falafel’s versatility has allowed for recipes to be reinvented in many parts of the world.

For instance, in the USA, many restaurants serve the vegetarian version of spaghetti and meatballs, where the meatballs are replaced by Falafels. Similarly, you can find Falafel variants of meatloaf and burgers.

Introducing the McFalafel! Have you heard of it? 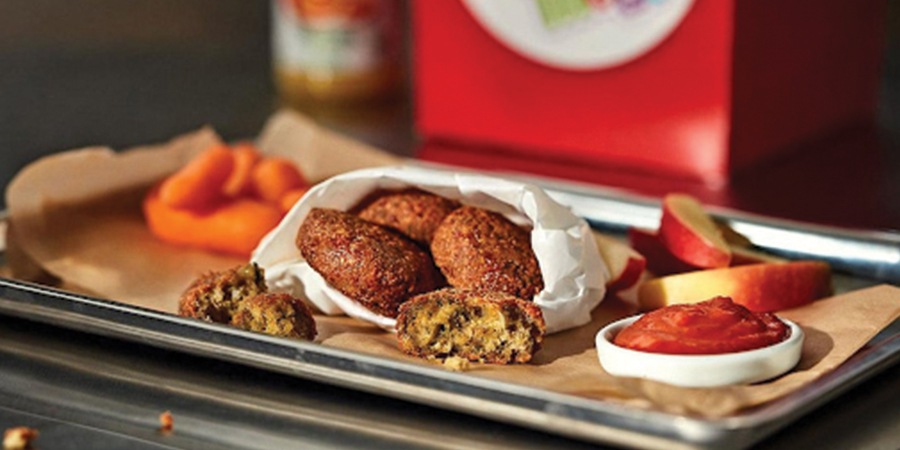 Falafel has become so popular that even McDonald’s in Sweden is serving its first vegetarian Happy Meal, which features Falafels made with chickpeas, parsley, garlic, and cumin. McFalafel was initially launched in Israel but due to some controversy, they ended up removing it from their menu. As of 2021, McDonald’s is now planning to bring back the McFalafel to its Israeli branches. 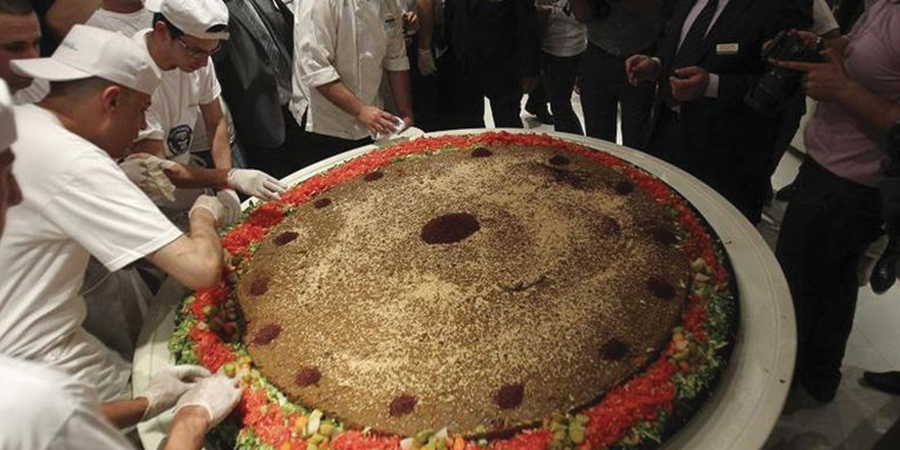 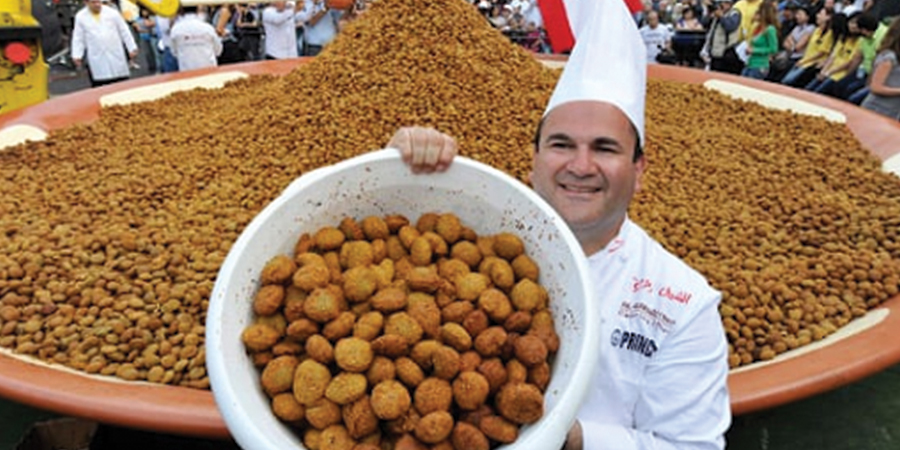 However, the largest serving was a record-breaking 5,173 kgs. It was prepared by students of Al-Kafaat University who were guided by the famous Chef Ramzi Choueiri in Lebanon on 9th May 2010. It was served on a large ceramic plate which had a diameter of 7.17 m.

We hope you have enjoyed reading this blog and have gained some interesting information on Falafel. If you are tempted to order some delicious Falafels, then place your order from Toum. Known for preparing authentic Middle Eastern delicacies, Toum believes in providing a unique food experience through its cuisine and irreplaceable tastes.